A lot of people cringe at the thought of using a straight razor. They can be pretty sharp, difficult to grip, and if you're inexperienced there's a good chance you'll discover why straight razors are also known as "cutthroat razors".

Fortunately, cuts and blood can easily be avoided if you find yourself a good quality razor. Since straight razors and ﻿safety razors﻿﻿ are rarely manufactured by the same company, you may find it a little difficult to determine what brand is a trusted maker of the blades and what brand should be avoided. That's where we come in. Here is a list of the five best straight razors on the market. 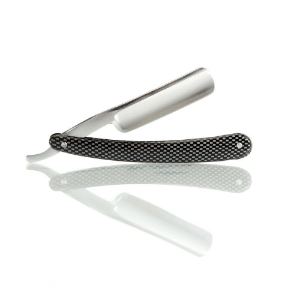 Shave Ready are a California based manufacturer of straight razors and straight razor related products. The company's motto is "Free yourself from disposable razors", and with this straight razor, you can do just that.

Shave Ready look down on the brands which produce what they consider to be "display razors" and promise that this straight razor will not only be ready to shave with the moment you remove it from its packaging, but will also last a lifetime. In fact, the company offers free lifetime sharpening for this razor, meaning you never have to worry about it going blunt.

The Shave Ready Straight Razor boasts an average of four stars on Amazon. Satisfied customers who have helped the product to such a high ranking have praised it for its affordability and its durability. It has also been described as one of the more forgiving safety razors, making it a great choice for beginners.

The search for the best straight razor just got a lot more expensive. Hot on the heels of the inexpensive Shave Ready Straight Razor is DOVO's 5/8" model.

DOVO's 5/8" Straight Razor is a great example of the manufacturer's determination to always improve on their work. The hollow, Swedish blade fits nicely into the black plastic of the handle and offers a close and accurate shave the moment you flip it up.

Some have criticized the razor for not being ready to go the moment it's taken out of packaging, but straight razor enthusiasts insist you can't expect a truly great straight razor to be shave ready without being run over a strop a couple of times. With that being the only recurring gripe of customers, the DOVO 5/8" Straight Razor has earned an average Amazon rating of four stars.

We're heading back down the price range here with the Parker Straight Edge Barber Razor. Those who are particularly passionate about straight shaving may argue that this razor does not really count as a straight razor as it features disposable blades rather than a single permanent one.

That being said, there are some who feel Parker's foray into the world of straight razors has produced the best straight razor for beginners on the market. The last part of that sentence is particularly important; if you're just sticking your toe into the straight razor swimming pool, this razor may be the way to go.

Equipped with a stainless steel handle in which the half blades fit nicely, this razor looks a great deal more attractive than some of the more expensive straight razors available. The rounded top reduces the risk of cuts, another feature which makes the Parker Straight Edge Barber Razor a perfect starter blade. 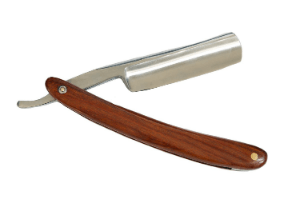 This straight razor is a nice middle ground. Whether you're just curious about straight shaving or looking to get a bit more serious, you can't go wrong with the Sawtooth Shave Co. Straight Razor.

The hallow, stainless steel blade is manufactured from Japanese steel and fits perfectly into the genuine mahogany handle. It also comes pre-sharpened, meaning it will be good to go after a quick encounter with your strop.

With this razor, even a straight shaving novice will experience little trouble in getting the closest shave with minimal razor burn. Once you get the hang of it, this is the kind of razor you can use for years to come, with the manufacturers claiming it will last long enough to be handed down to your grandchildren.

The Sawtooth Shave Co. was founded just last year, but those involved in the company were determined to establish it as one of the premier straight razor brands. Judging by this product's four-and-a-half star Amazon rating, it seems they have achieved their goal. 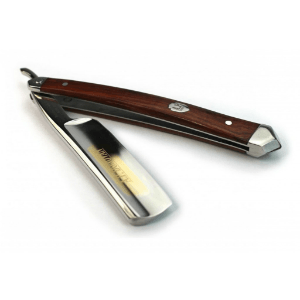 Bringing our list to a close is this rather fashionable straight razor from A.P Donovan.

A.P Donovan's 7/8" Straight Razor is a tool expertly handcrafted to make your daily shave up close and personal. The rounded blade is forged from Japanese steel, much like a lot of the straight razors on this list.

The blade, however, is not the only foreign material in this straight razor. The wood used to craft the handle comes from Madagascar, making this the most exotic straight razor on the market.

The A.P Donovan 7/8" Straight Razor requires a great deal of maintenance to ensure it remains as effective as possible. While that may seem like an inconvenience, if you can keep on top of waxing and stropping you will have a sturdy, trustworthy straight razor for decades to come.

While straight razors are often seen as primitive tools of horror, when given a fair hearing they come across as a charming throwback and a romantic alternative to today's safety and electric razors.

Shaving with a straight razor can seem daunting at first an, but with a little bit of practice and the help of a shaving cream, you will quickly become an expert and your daily shave will become almost a therapeutic experience.

Of course, practice doesn't mean a thing if you're not shaving with the right straight razor. Any of the razors covered on this list would make for the perfect blade to start your straight shaving career, so now you can stop worrying and make the first move.