The Best Inexpensive Blenders for Every Budget!

Preparing food has become so much easier throughout the years. Imagine thousands of years ago when cavemen had literally no idea how to cook the wild game that they caught – they’d eat them raw (yikes!).

Now, thanks to the vast improvement of technology, there are countless ways to prepare food: from food processors, to microwaves, frying pans, oven toasters, and of course, blenders!

Blenders have long been regarded as one of the best ways to prepare food the natural way. If you want to get the most out of your food, then blending it is the way to go. From smoothies to salsa to shakes to tasty margaritas, blenders can handle many different tasks.

With blending, the natural vitamins and minerals in food are not lost. This is why blenders are so commonly sought after. Not only does it help prepare food faster, but it also promotes healthy living.

These are the most popular and top-rated blenders that are available on the market right now: 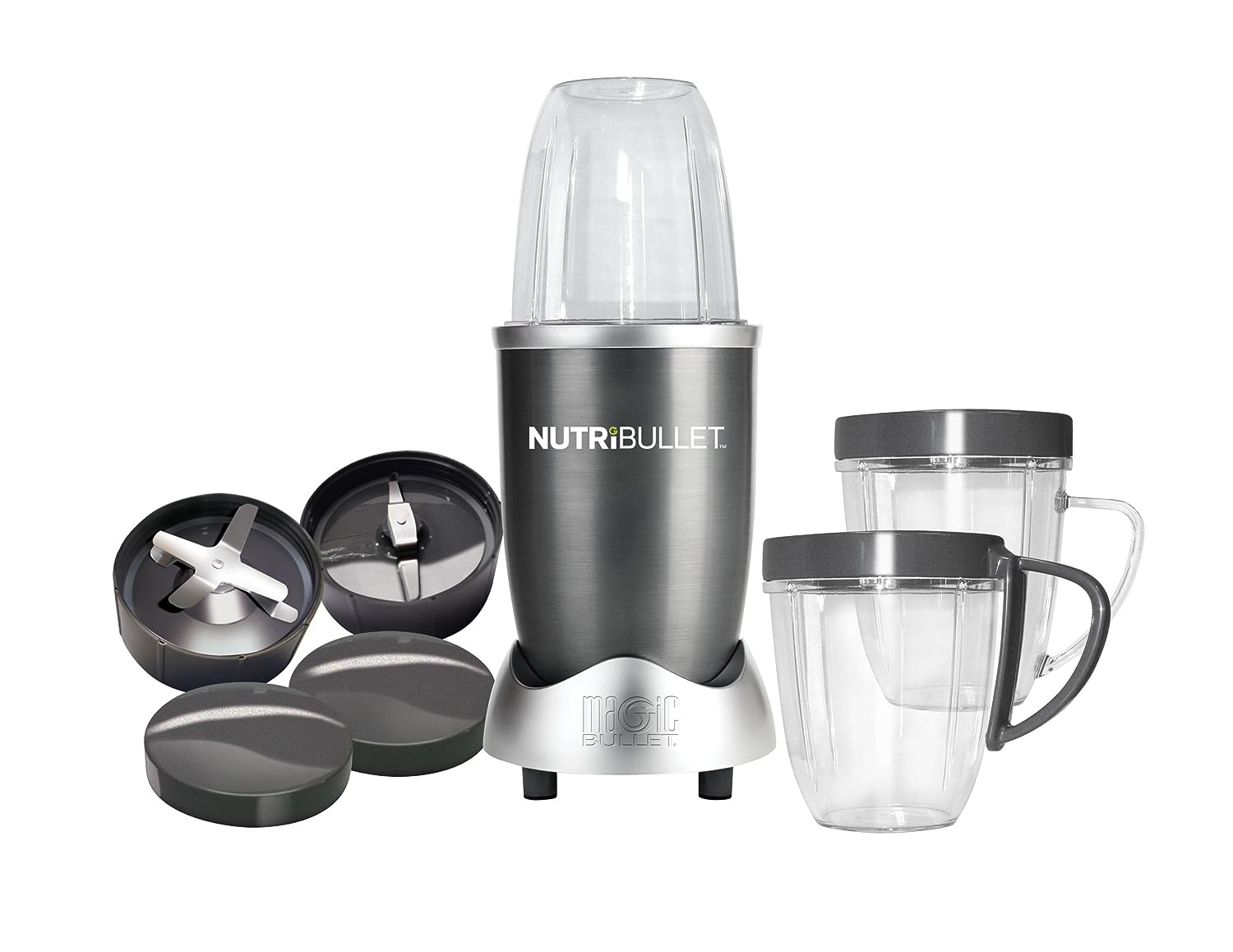 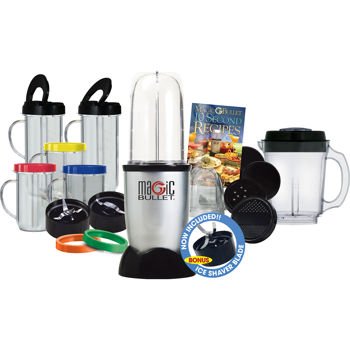 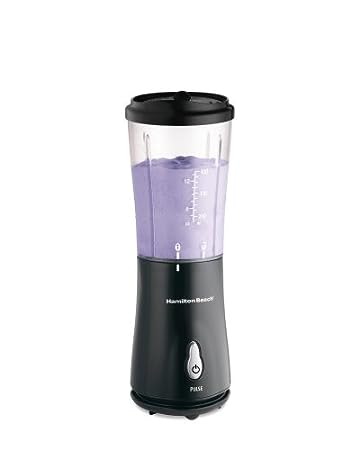 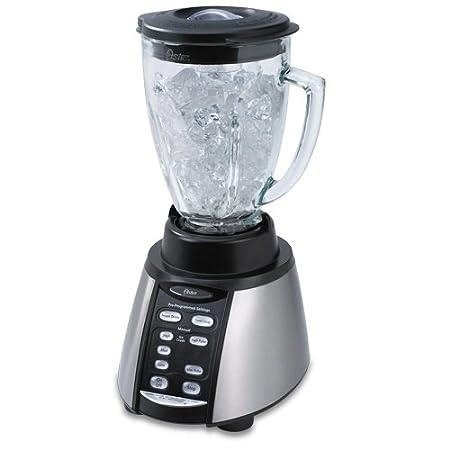 This blender can pulverize fruits, veggies, and protein shakes effortlessly – thanks to its high-torque power base and 600-watt motor. It’s also priced reasonably which makes it a very attractive option to look at.

True to its name, this Magic Bullet blender has tons of features that will surely make you want to have it in your household. It has an Ice Shaver Blade which can turn ice into snow for the perfect snow cone! Awesome isn’t it? Aside from that, its base can also serve as a mug, so you can use it and drink from it right after you blend the food!

The Hamilton Beach 51101B Personal Blender is one of the most affordable blenders on the market. With 175-watt power, it is more than capable of blending smoothies, shakes, among others. It has a very simple system – with just a touch of a button you can blend and stop at any time.

This Oster blender boasts a powerful 600 watt motor which has 7 speed variations. Blending will surely be exciting and fast with this blender. Another reason to rave about this blender is the Oster All Metal Drive which gives this blender long-lasting durability.

The four blenders above are arguably the best blenders around, but of course, I have to choose only one for my kitchen. Here is my choice for the best inexpensive blender:

The Nutri Bullet NBR-12 12-Piece Hi-Speed Blender/Mixer System is our pick for the top inexpensive blender. The Nutri Bullet has everything you can ever want in a blender. It has no shortage of elite features, making it one of the best in the market. It’s also a very popular item on Amazon with over 4,000 reviews to date.

It has a 600-watt motor which enables for faster and effortless pulverizing. You are guaranteed to have the smoothest texture when it comes to the end result because it has a high-torque power base and a strong watt motor.

It also includes the following: a power base, 1 tall cup, 2 short cups, 1 flat blade, and 1 emulsifying blade, 2 re-sealable lids, pocket nutritionist and manual with recipes. Its size and build also allows it to take in more food (capacity-wise).

The best part about this blender is that it’s very affordable. You won’t have to shell out over $200 just for an elite blender. For just under $100, you can get a blender that is more efficient and effective than other brands that are more expensive. The Nutri Bullet NBR-12 is surely a bargain at its price!

If you’re not into big blenders, these hand blenders may be the better fit for you. Here are some of the best hand blenders on the market right now. 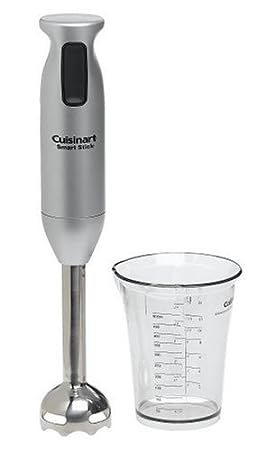 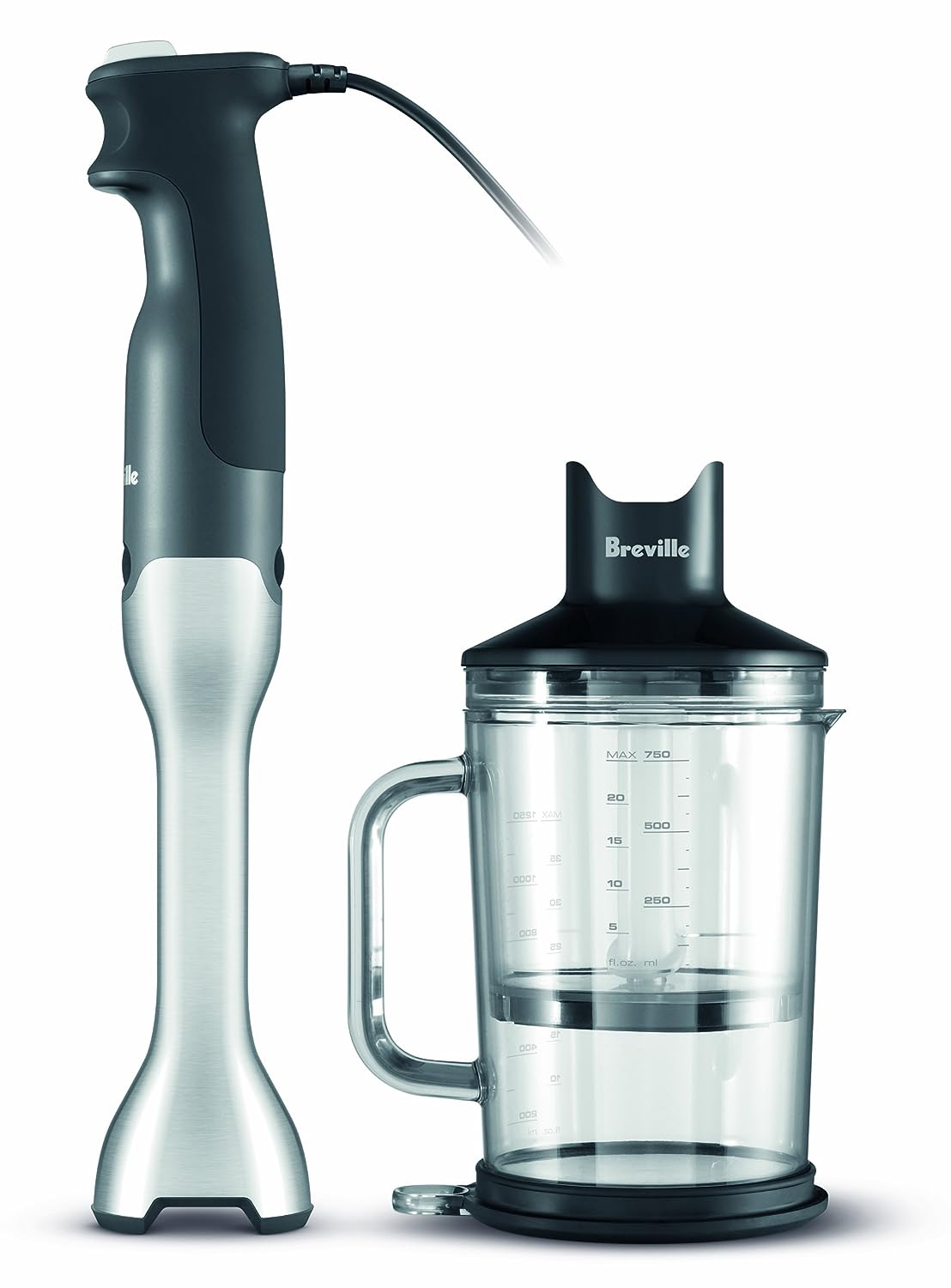 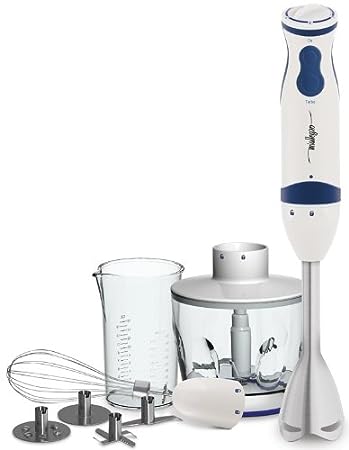 This Cuisinart Hand blender is one of the best and most affordable hand blenders available. It boasts a powerful 200-watt motor which allows for an efficient blending.

Breville hand blender has a bell shaped base which makes it very attractive. It also has an adjustable speed which can come in handy, especially if you value time a lot.

Miallegro 9090 Mittutto 550-Watt Immersion Hand Blender offers a combination of efficiency and affordability. It has a 550 watt power which is definitely stronger than its competitors, while it maintains an affordable price that is on par with the other budget-friendly hand blenders.

I know a lot of folks want the best bang for their bucks and rightly so. There are quality blenders that do the job that cost you less than $50. Below are five best blenders under $50 that we handpick. 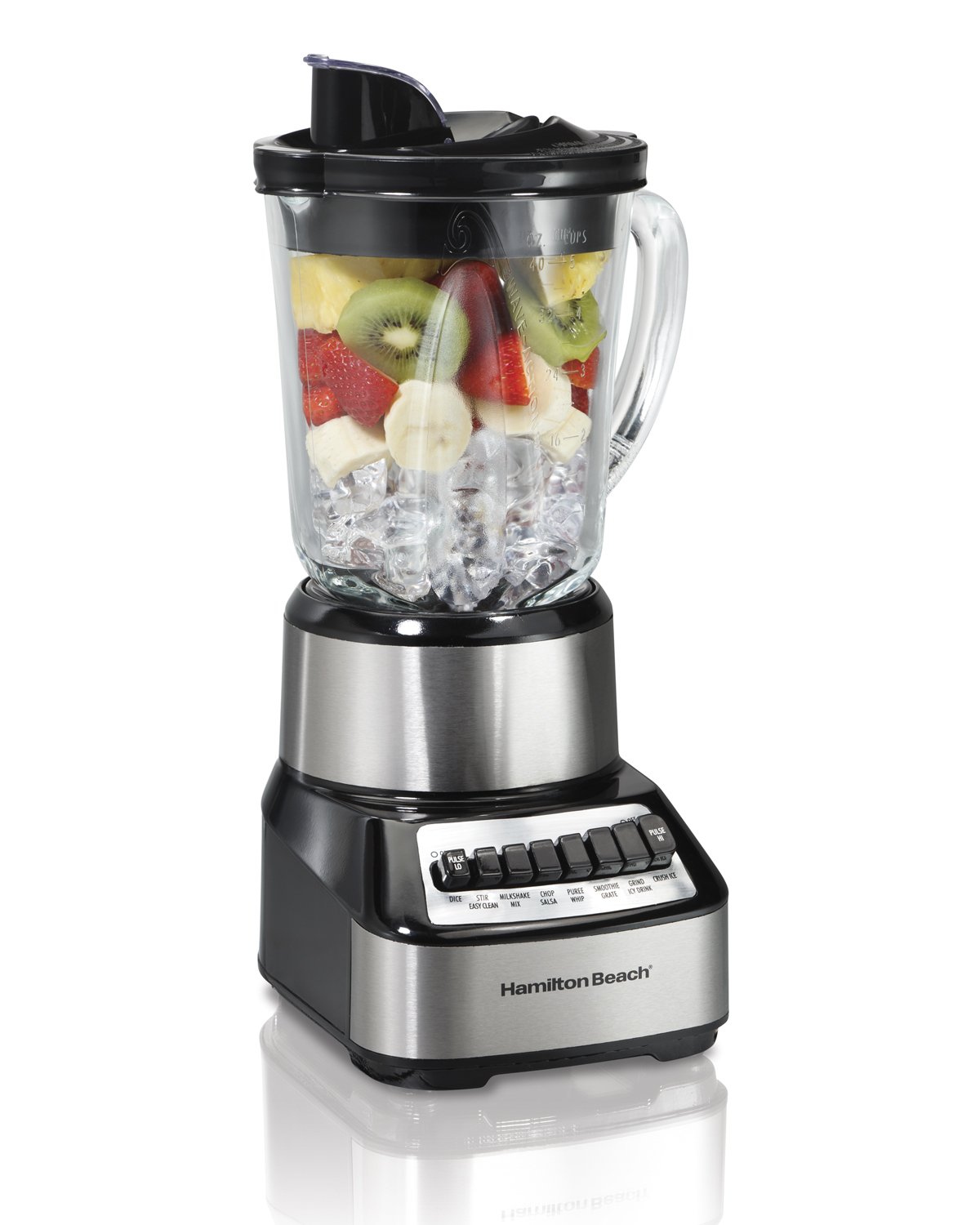 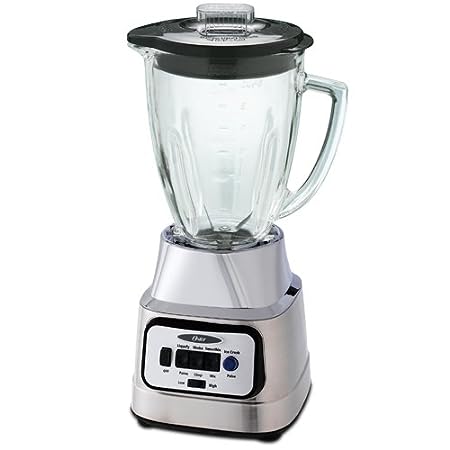 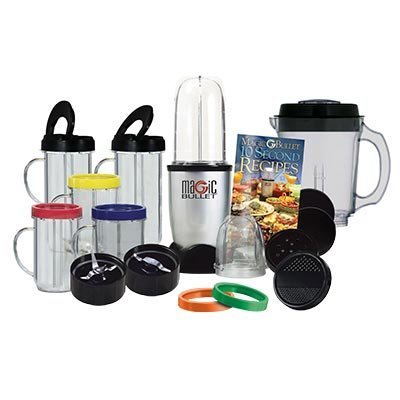 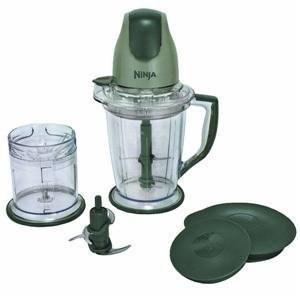 The Hamilton Beach Wave Crusher has 14 blending functions which gives you a ton of options. It also has a peak power of 700-watts – for a blender that costs a shade under $30, you can’t find a better deal! The Oster 6-Cup 8-Speed Blender has the usual Oster “all metal” drive which gives it a long lasting durability. It’s one of the best blenders under $50.

Magic Bullet Deluxe 25 pc Set Blender Mixer is another good option. True to its name, it is indeed “just like magic”. It can do anything you can ever ask for in a blender – and the best part about it is that it is very affordable!

If you want something with less power and suitable for personal use, then go for Hamilton Beach 51101B Personal Blender with Travel Lid, Black. This blender has a simple one-touch operation which makes it easier for newbies to use. It has a 175-watt power which is more than enough to give you high quality results.

Last but not least, the Ninja QB900B Master Prep Revolutionary Food and Drink Maker, Gray, a blender with many features such as “Anti Spill” splash guard and non-slip bases. It also has removal parts which makes it easier to clean.

If you are willing to pay a little bit more, you will unlock some other bells and whistles that are available on blenders that cost more than $50 but less than $100. 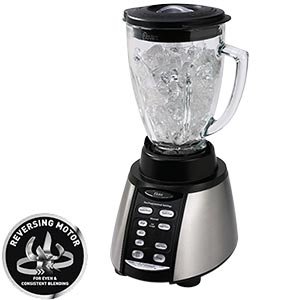 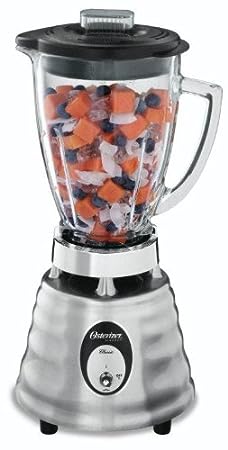 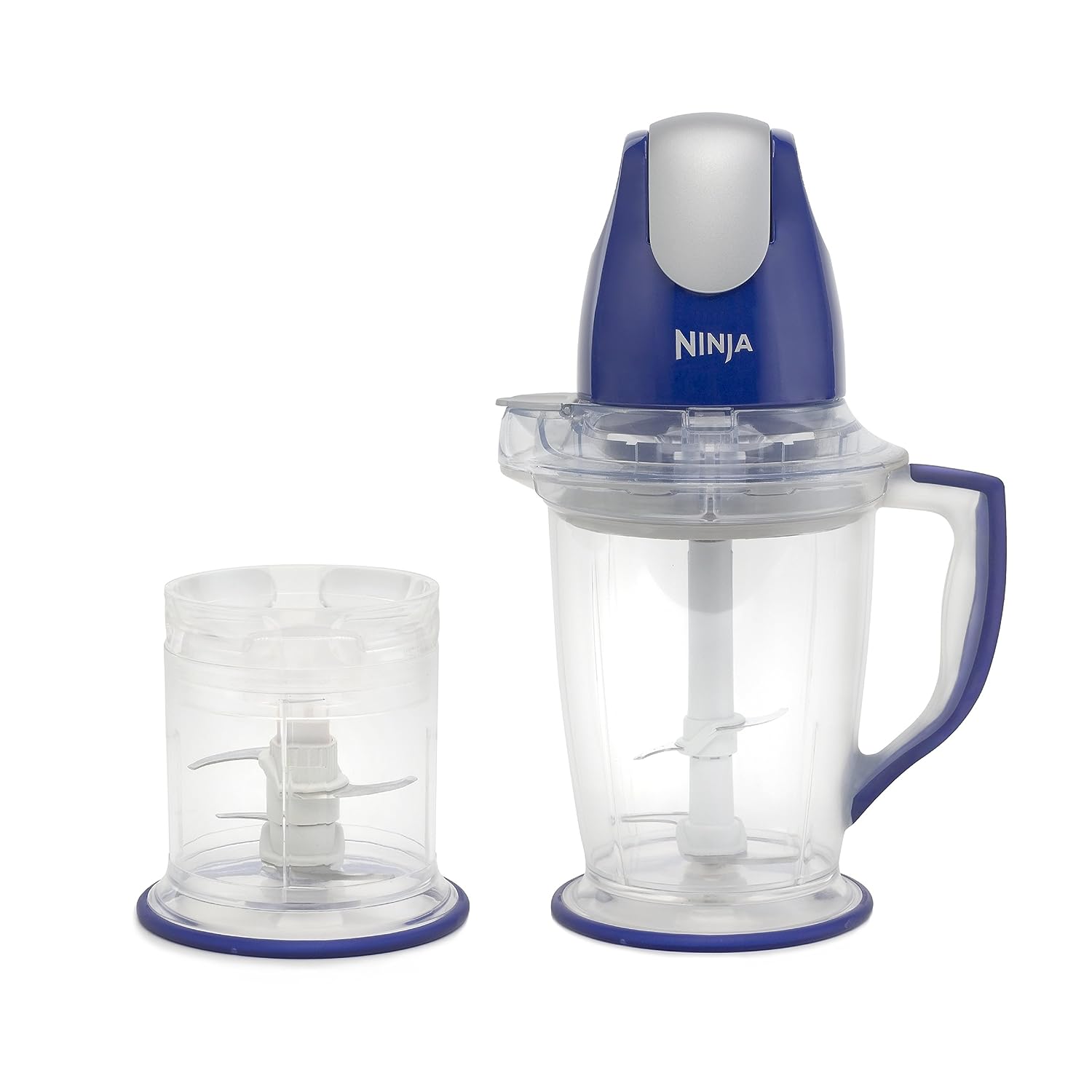 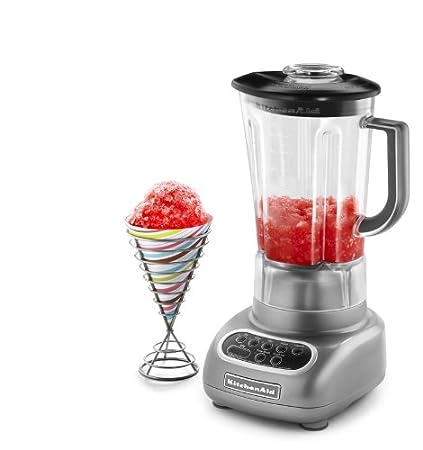 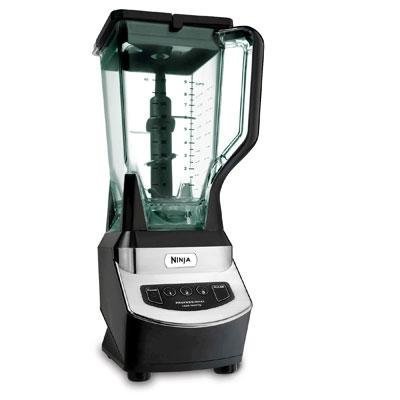 Oster 6 Cup 7 Speed Reversing Motor Blender has a powerful 600-watt motor, it is one of the high quality blenders available in the market. Oster also has a all-metal blender that are meant for long term use called Oster 4096 Classic Beehive Design Blender.

Euro-Pro Ninja Master Prep Blender and Food Processor is a 48-ounce blender, and a 2-cup food processor which has an interchangeable power pod. Another good option is the KitchenAid Silver Blender (KSB560CU), which has 5 various speeds and a capacity of 56.0 oz. For a budget blender, this is one of the top choices out there.

Finally, Ninja NJ600 Pro Blender is my personal favorite. This blender boasts a 72-ounce pitcher which is meant for heavy duty. With 1,000 watts, you are assured to have top quality processing and blending with this.

Best Blender For Your Money

With all the blenders that you’ve seen so far, it has to be difficult to make a choice and choose only one. Here’s the last blender that I’ll discuss – which is one of my favorites. If you’re on a strict budget, but still wanting to have a high quality blender, then this is your pick! 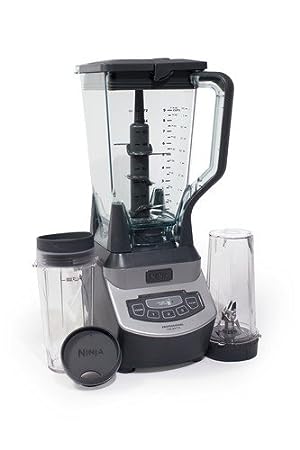 The Ninja BL660 Professional Blender with Single Serve is one of the best inexpensive blenders around. It has jam-packed features which is pretty surprising for its price.

It has a 6 Blade Ninja Technology which makes the processing and blending more fine and crisp. It also has a Safe Operation feature which is crucial to avoid accidents and other unwanted incidents to happen. It also boasts a staggering 1,000 watts of power which makes the blending faster and better.

And most importantly, the Ninja BL660 is dishwasher safe. You don’t need to worry when you decide to clean it because it’s really easy to do.

For just around $100, the Ninja BL660 is the best blender for your money. Get this if you’re having a hard time picking the right one. This blender has everything you will ever need – at a cheap price too!

Blenders are needed in the kitchen. It makes things easier for everyone – especially nowadays where everyone is always on the go. You deserve nothing but the best, so don’t you make a mistake when choosing the perfect blender for you.

You’ve got a long list of choices here, so give them a look and pick the right one for you. These are the Best Inexpensive Blenders on Amazon – go get one for your kitchen now!

In addition to blenders, we also do a lot of other reviews on home products, such as the best coffee makers. Make sure you check them out!